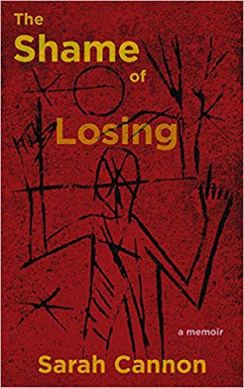 How long did it take you to write your first (published) book, start to finish?

I began writing the kernels of what would become THE SHAME OF LOSING when my husband had a serious workplace injury in fall of 2007. I filled journals while caring for him and our two young children, ages 2 and 5 and the time. In 2012 I entered into a low-residency MFA program at Goddard’s Port Townsend campus where I worked on the manuscript, held a teaching practicum and fulfilled the rest of the reading and writing requirements of the program. I graduated in 2014, and continued with some teaching all the while revising the manuscript. Summer of 2015 I worked with Rebecca Brown at a Writers’ retreat in B.C., afterwards revising some more. After some agency rejections, I submitted the entire work to Red Hen Press in late August, and by September they wrote back with a glorious acceptance note. All in all, it took over ten years.

What kind of work did you do to support yourself while writing your first book?

A variety of “real” jobs as project coordinator in tech and higher education, as well as handfuls of side hustles, especially after my divorce, including cleaning houses, watching people’s dogs, editing self-publishing authors’ work, making lattes, and tutoring high school kids.

What compelled you to write your story?

After my spouse of seven years was nearly killed and needed rehab, I was perplexed by the onslaught of unwanted changes to my young family, and my responses to them. As in my youth when I would journal through problems, the only way I felt I could figure out what I thought was through writing. I also wanted to document the trauma in a beautiful way, like a long poem my kids could one day read when they are ready. I had this strange feeling that if I didn’t get it down asap, my recollection of it later would be skewed into some sort of commodity-styled memoir. I was very determined to “finish” the work, probably because I was anxious for all the terrible stuff to be “done.” I felt an urgency about it I can’t say is true for any other project I’ve tackled in my life.

What’s your biggest source of encouragement?

Besides knowing that the repercussions of his accident would be long term (the kids were so young at the time, but they would need to grow into an understanding of their Dad’s sustained Traumatic Brain Injury), I sought encouragement in a writing community, which I invested time and money into. I knew without a doubt that I needed the support of professional writers and other people like me who were committed to learning the craft so they could tell the stories they were born to share. Not only did the wisdom of this community lift me up, but the structure of an MFA program strengthened my writing muscles, offering literature I otherwise never would have been introduced to, and provided essential deadlines I knew I needed.

What are you reading right now?